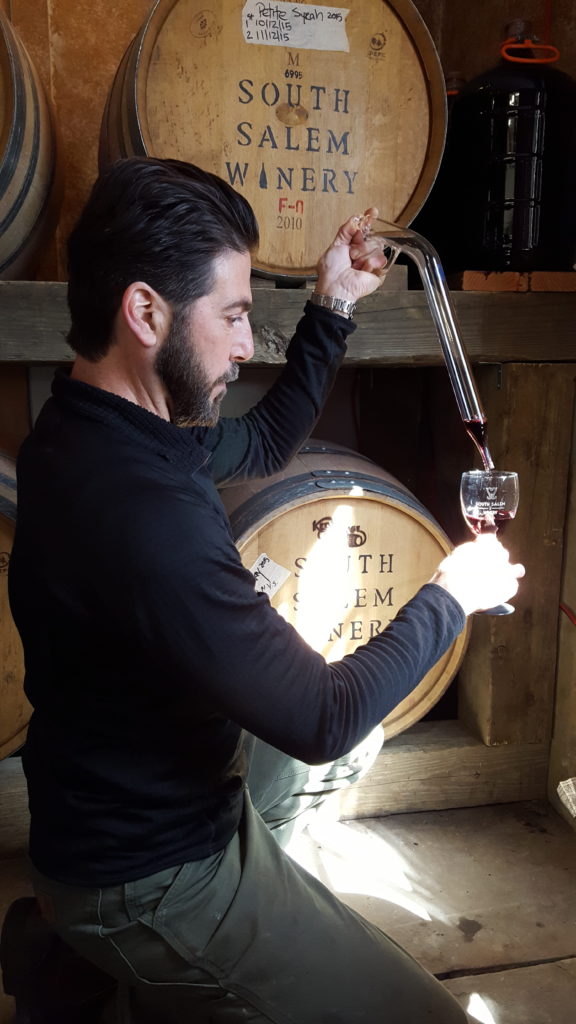 Although the winery is new, the relationship between the vintner and the property owner dates back almost twenty years. John Vuolo (vintner) has been making wine on his own  for almost two decades. He started making wine with  his grandfather as a little boy and as a teenager with his father. He grew up making wine in basements, which is not usual for winemakers in the NYC area.  After moving to Westchester County  in 1995 he began making wine on his own in his garage in South Salem NY, and so a garagiste was born.  John has been sharing his vintages for more than two decades with many of the local townspeople and business owners who have inspired him to make wine professionally. The property owner  Tom Gossett of Gossett Bros Nursery is a local icon in South Salem whose contribution to the local community is unsurpassed. Together they have formed a one-of-a-kind micro-winery,  stay tuned as the history evolves.